There’s no doubt about it. Vinyl is back in the mainstream. For audiophiles, it never left. Since the advent of the digital era, audiophiles have touted the warm sound of the old school vinyl records that the vast majority of consumers abandoned in favor of convenience. But vinyl isn’t just for audiophiles anymore. It looks like in that digital convenience we lost something. Beyond sound quality many cherish the physical experience as being an important part of the music listening experience.

Today, most artists worth their salt release their new albums on record, and vinyl LPs grace the shelves of Target, Walmart, and other mainstream big box retail stores. With a revived interest from the masses comes an onslaught of repressings and newly released vinyl albums.

Readers who have purchased a record in recent years have probably noticed that many new releases and newly released re-issues of time-honored classics tend to feature a little sticker on the front that reads “180 Gram Vinyl.” Even if you don’t know exactly what this means, the more frugal among you have probably noticed that 180 gram vinyl records tend to come with a significantly higher price tag. So what exactly is 180 gram vinyl, why does it cost more, and what specific benefits does it offer?

In short, it’s all about weight. The vast majority of 12 inch records that have been pressed in the 20th century weigh between 120 and 140 grams. 180 gram vinyl, by contrast, is significantly thicker and heavier, creating a product that is widely considered to be “audiophile grade.” But heavy-duty records aren’t capped at the 180 gram limit. Some new releases and re-releases are pressed on platters as heavy as 200 grams. 7-inch records (commonly known has “45s” because they tend to require a 45 RMP or “revolutions per minute” playback) are generally considered to be audiophile grade if they weigh 50 grams or more.

There are many widely-held misconceptions about audiophile grade records, even among the very audiophiles that these records are meant to attract. First and foremost, it is important to understand that there is nothing inherently special about 180 gram vinyl. People attribute a whole host of sonic benefits to 180 gram vinyl, including noise reduction, deeper bass/higher treble, and increased stereo imaging (the perceived spatial locations of various instruments, vocals, and other sonic elements in relation to others). While it is certainly true that many 180 gram releases go hand in hand with these and other sonic benefits, the mere weight of the record is seldom the main cause of these improvements.
There is an implied quality standard associated with audiophile grade vinyl that simply doesn’t exist in relation to vinyl releases of standard weight. In short, record companies that take care to put out an album on 180 gram vinyl also take care when it comes to the whole mastering and manufacturing procedures, tending to use better source material (such as original mater tapes) and improved processing techniques. They also tend to use “virgin” vinyl, which eschews recycled plastic that can contain impurities that ultimately lead to noisier playback.

So What’s the Big Deal About Weight?

Forget about any myths you may have heard about deeper or more refined grooves. Although styli (or record “needles”) require the same grooves to function properly on all grades of records, heavier records do offer distinct advantages. For example…

In the end there are some benefits, however the weight alone does not inherently make a better vinyl pressing. There are plenty of poor pressings on 180 gram vinyl. For some record makers it is simply a marketing tool to excite you about a new pressing. There are still positive benefits to these pressings, but the shiny sticker on the dust jacket shouldn’t be the only deciding factor for buying a new $45 album. 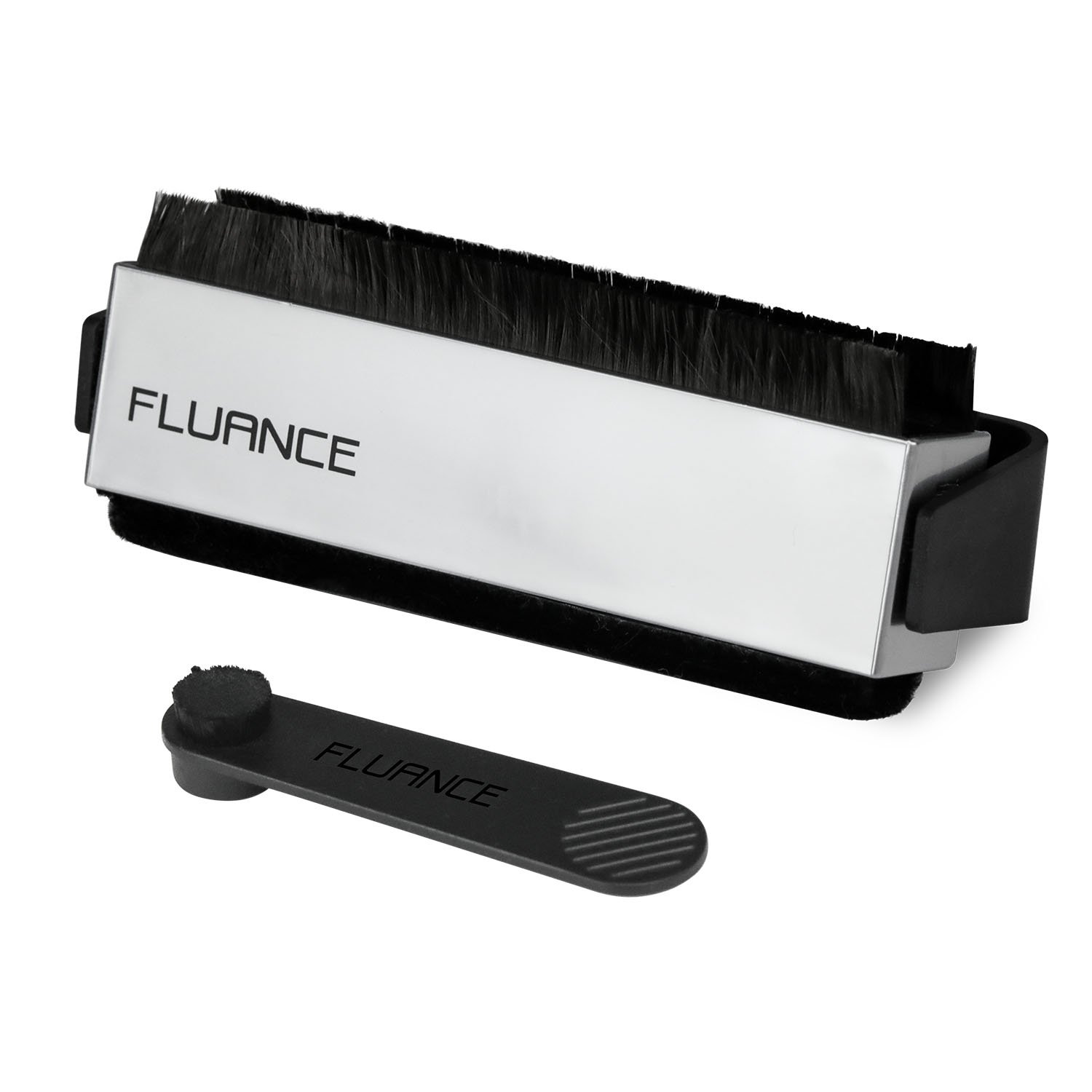 Everything you need to maximize the playback of your vinyl records, including a 2-in-1 Anti-static Carbon Fiber & Soft Velvet LP Brush and Stylus Brush.

How to Set the Phase and Crossover Frequency on Your Subwoofer
Home Theater Speaker Wiring Tips, Diagram and Guide for 5.1 or 7.1 Hom...
What is the Difference between a LP and EP?
Direct Drive vs Belt Drive Turntable- Which is Better For Turntables?
5.1 & 7.1 Surround Sound Speaker System Setup & Placement Gu...