Home » Describing the Characteristics of Sound

Buying a new set of speakers or audio system is an exciting process, because it means that you’re about to vastly improve the enjoyment of the music and media in your home. But as fun and fascinating as it is, scouring the internet for reviews and information on the perfect speakers can be full of descriptive audio terms, words and phrases that may be confusing.

Sound is subjective and can be affected by a wide range of elements –  from speaker placement to preamps to the quality of the recording. All this is to say, trust your own judgment, only you know what you like. To help you navigate the weeds of audio jargon, we’ve put together this glossary of the terms most commonly used to describe the characteristics of sound. Hopefully it will help you connect your unique preferences to the best products to achieve your perfect audio experience.

A common word used to help describe the “open” (more on that below) or spacious sound of high or treble frequencies. Often driven by a speaker’s tweeters, notes feel as though they’re floating through the air in a big room with high-ceilings adding a sense of space between the instruments.

Kind of a no-brainer when it comes to descriptive audio terms, a “boomy” speaker is what it sounds like – excessive, muddy-sounding low frequencies or bass tones that can be caused by, among other things, an improperly-tuned woofer or poor speaker placement. Ideally, low frequencies should be clear, crisp and not overwhelming.

Usually associated with high frequencies in the 4kHz to 8kHz range, brightness is a double-edged sword. The right amount can add clarity and well-separated treble accents that many find appealing, while too much and your music can sound tinny, piercing and harsh, causing ear fatigue. As always, however, it’s subjective and can largely depend on the music you’re listening to. For example, many jazz and blues fans like sound brighter and more forward, while rock or metal fans prefer brightness a little more neutral due to its more aggressive peaks. It’s all up to you!

As an audio enthusiast, you’re always looking for the purest, most realistic reproduction of the original sound material. Coloration is any alteration, distortion or resonance that “colors” that pure sound. Many elements in an audio chain – receivers, amplifiers, headphones, speakers – can color sound in their own way, adding elements like harsh high frequencies or boomy bases that are not true to life.

If your listening tastes range from sleepy folk rock to soaring symphonies (or action movies with big explosions), how well your speakers handle changes from the big peaks to the quiet valleys is the realm of dynamics. Speakers with the best dynamics are not only good at quiet playback, but are quick to respond via moment-to-moment swings in instrument volume with little to no strain or distortion. This helps present the intended energy and excitement of your music or movies.

If you’ve ever tried cranking up the mid dial on your receiver or EQ, you may have noticed that it made things like guitars, vocals, and mid-frequency instruments seem louder and more “upfront.” While largely driven by the sound source (amplifier or receiver), loudspeakers can present their own levels of forwardness, adding depth (see Imaging, Soundstage below) and making it feel as though the musician has pulled up a chair right in front of you. Whether you prefer forwardness or a more “laid-back” (see below) sound is up to you.

Do you love your ears? Then you need to shield them from the harsh. A term to describe audio that is grating and abrasive to the point that it’s jarring, harsh sounds tend to lean heavily on the upper midrange with excessive high frequencies, causing fatigue and general unpleasantness.

A set of speakers with great imaging will make you feel as if you’re in the room with the performer. Imaging is the speakers’ ability to recreate the spatial positioning (width, depth, and height) of sounds in the room so the listener can feel and sense where those sounds are coming from and how far away they are. Can you clearly hear that trumpet solo from the back right, even among the other instruments, while the guitarist sits in the front-left of the stage? That’s good imaging.

Quite literally the opposite of “forwardness,” laid-back sound is similarly defined by a reduced treble and/or midrange, giving the effect of instruments, vocals, or other sounds being distant and pushed to the back of the soundstage. A laid-back speaker is unobtrusive and easy to listen to.

Another visually-driven term for audio, muddy sound is like throwing dirt and grit into otherwise clear water. Nothing is crisp or sibilant (more on that below). Akin to “boomy,” sound is smeared, distorted and lacking in high-end frequencies and harmonics, often caused by a speaker being overdriven.

Going hand-in-hand with dynamics, “punchy” speakers float like a butterfly and sting like a bee, bringing that strong, fast impact and attack to your audio between the upper-mid range all the way down to the 200Hz deep bass range, while also having a clean, fast decay.

Every set of speakers has its range of frequencies they operate accurately on within the 20Hz to 20kHz spectrum that is audible to the human ear. Roll-off points are the outer limits on that spectrum — from the lowest bass to the highest treble levels — where the speakers or subwoofer drivers hit their limits, or roll-off, and gradually lose their ability to perform optimally.

“She sells seashells by the sea shore.” That’s a lot of S’s. Now imagine how grating and unpleasant that would sound if all those “s” and “sh” sounds were distorted, exaggerated or “hissy,” almost as though a snake were singing them. That’s sibilant (or sibilance), and it occurs mostly in vocals in the higher 4kHz to 8kHz range.

A term related to “Imaging” (above), soundstage or soundstaging is the precision at which speakers or an audio system reproduces the characteristics of the room or space the recording was created in – down to the shape, width, and height of the room, and where the musicians were in it. Live performance recordings can be particularly dramatic with regards to soundstage, as it can give a realistic sound of actually being there.

What sounds good is different for every user, and the hope is that you buy audio gear that suits just the way you like it. This is where sound signature can be one of the most important terms to help your search, as it’s made up of a group of common categories or descriptors used to describe the general character of any given set of speakers, headphones, or other audio gear. Simplistically, they could be terms like “bassy” or “trebly,” but some of the most widely used terms include Flat (often considered the most accurate to the audio reproduction), Balanced (an all-rounder, like flat, that is a bit brighter or livelier), Bright (an emphasis on high-mids and treble), V-shaped (elevated lows and highs, with reduced mids), Extra Bass (emphasis on lower-mids and lows), and Warm (great for blues, rock, and jazz, the highs are pulled back with the lows and mids doing most of the work).

Kind of everything you want in your speakers, “transparent” or “transparency” is their ability to reproduce the audio recording as accurately as it was created. Music is dynamic, easy to hear, detailed, has great imaging and a clear flat sound signature.

Some audio descriptors are bang on, and “veiled” is one of them. Picture a thin silk scarf draped over a speaker, reducing the clarity and brightness of the highs while adding an overall muddiness and loss of detail.

You always hear audio nerds use the term “warm” when describing everything from speakers to how vinyl records sound to vintage receivers. As described in “sound signatures” above, a warm sound produces smooth and defined bass and mid-bass frequencies. Nothing is abrasive, harsh or sibilant, and highs are often described as “sweet.” Like a cozy blanket. 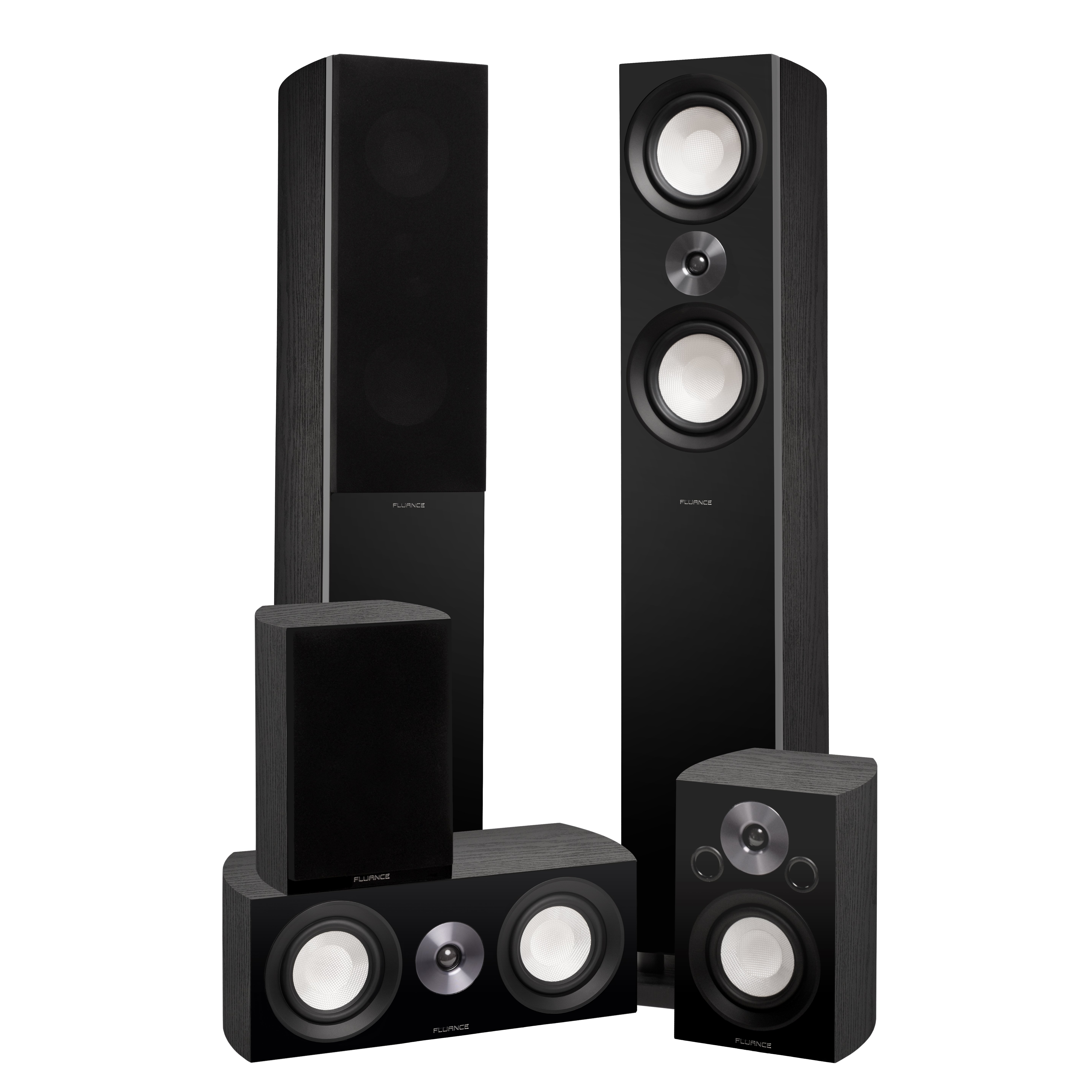