Home » The History of Surround Sound

Although most consumers look upon surround sound as a relatively new technology, the very first surround sound experiments date back to the 1930s. The technology really came into its own in 1940, when legendary entertainment innovator Walt Disney released his revolutionary film Fantasia. Disney tasked his sound engineers with the development of an audio system that would totally immerse the film-going audience in much the same way that Fantasia was designed to immerse the audience in vibrant visuals. The result was Fantasound – the very first application of surround sound in the commercial arena.

Unfortunately, Fantasound was simply too expensive and to complex to implement on a wide scale basis. In the end, only the Broadway Theater in New York and the Carthay Circle Theater in Los Angeles were completely outfitted with the 54 speakers that Fantasound demanded. In the 1950s, Hollywood developed more affordable multiple-channel sound systems to accompany the rollout of its Cinerama and CinemaScope widescreen formats. However, even these systems proved financially prohibitive for most theaters, and film surround sound died out completely before the turn of the decade.

The technology came roaring back in a big way in 1975 with the release of Dolby Stereo, a game-changing sound format that delivered audio through four basic channels: the traditional left and right speaker channels, a front-facing center speaker channel, and a surround channel for speakers at the sides and the rear of the theater. With the ability to make sound effects and ambient noises come alive, Dolby Stereo did wonders for the immersive movie-going experience that was presented by films such as Star Wars and Close Encounters of the Third Kind.

The history of surround sound in the home environment can be traced back to the first two-channel stereo music recordings and stereo consumer audio equipment of the late 1950s. By the early 1960s, the stereo format was the industry standard, both for home hi-fi units and for broadcast FM radio.

In the early 1970s, multiple companies attempted to recreate the four channel quadraphonic sound of Dolby Stereo within the home environment. Although several of these systems were released commercially, none ultimately succeeded in the marketplace. Like Fantasound, they were regarded as simply too complicated and too expensive.

True surround sound didn’t come to the home setting until 1982 and the introduction of Dolby Surround technology. Consisting of three channels (a left channel, a right channel, and a surround channel) Dolby Surround could recreate the cinematic soundtracks of Dolby Stereo right in your living room. For added immersion, the single surround channel could be sent to two rear speakers to create a four-speaker system that was second only to the latest movie theaters.

Looking forward to today there is still no substitute for a full surround sound system to experience complete sound immersion. If you want to experience a cinema-like experience at home you can check out our Signature Series Surround Sound System that has evolved from decades of sound engineering history. 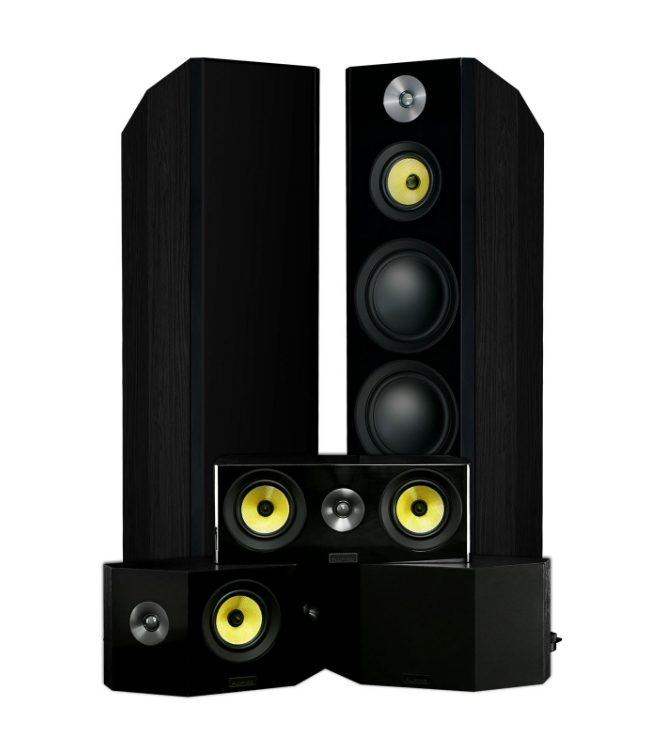 From the powerful woofers, to the ultra-high end tweeters, to the premium midrange drivers, this speaker system is the result of years of meticulous engineering.