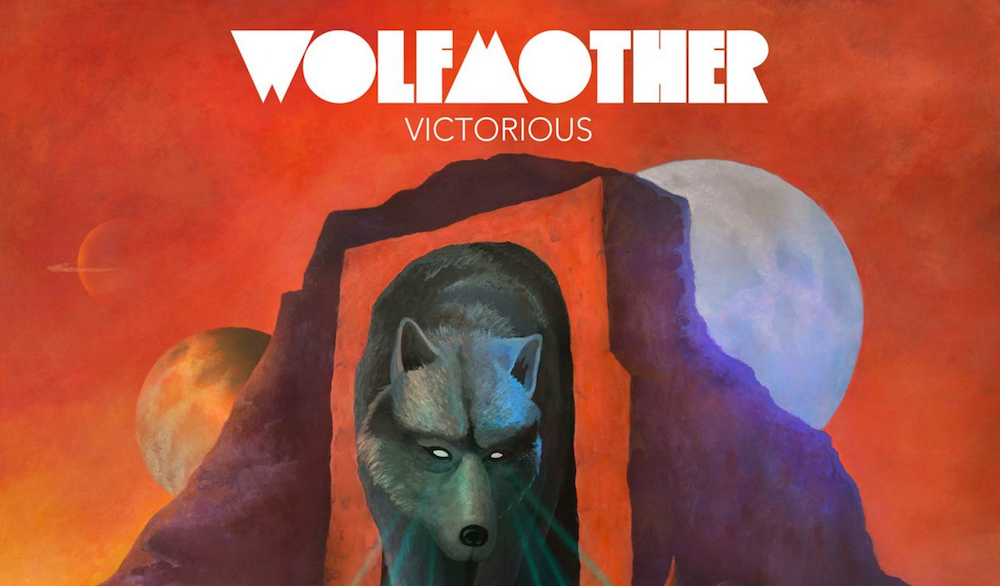 Wolfmother’s 4th studio album Victorious begins with a bang. In a digital world where patience has taken a back seat, Wolfmother aims to assault your senses and hook you immediately. “The Love That You Give” ignites the start of the album as any party rock anthem should. Stockdale’s trademark searing vocals hook you, backed by a high energy rhythm section giving the impression of an “off the floor” recording process. The feeling is real, and sets the tone for house parties, drinking, bong hits, and less than perfect love.

The album plays as a cohesive experience, the songs recorded belong together. Retro psychedelic synth provides a highpoint in each song but the genius of Wolfmother lies in Stockdale’s song writing. Where in the past tunes like “Joker and the Thief” became smash hits, “Victorious” serves a handful of hits that will remain on the sidelines, backed mostly by loyalists. Top of the chart success will have to wait until the Doldrums of pop music take shape.

“Victorious” ushers Wolfmother into an era of matured artists who have been chewed up by the industry and spit back out. A passion for the music is what keeps Wolfmother on the map, coupled with standardized song structures and peppered with prog rock experimental sections. Each song provides an instrumental break that excites you just enough, and brings you back down to a steady head bob and fist bump. A perfect accompaniment for beard heavy pig roasts or backyard dirt bike swamp parties.

Wolfmother’s 4th studio album like previous efforts feature all songs composed and performed by frontman Andrew Stockdale for the most part. Ian Peres performs on keys while guest drummers Josh Freese and Joey Waronker provide work on the tom-toms.

Overall the album holds true to the genre’s values and plays like it was made for the current fan base. Stockdale’s view on his music aligns perfectly with what fans want to hear and expect. No riff is questionable, all effects, melodies, and beats are accounted for.