Home » What is Auto Stop and Why Choose a Turntable with this Feature? 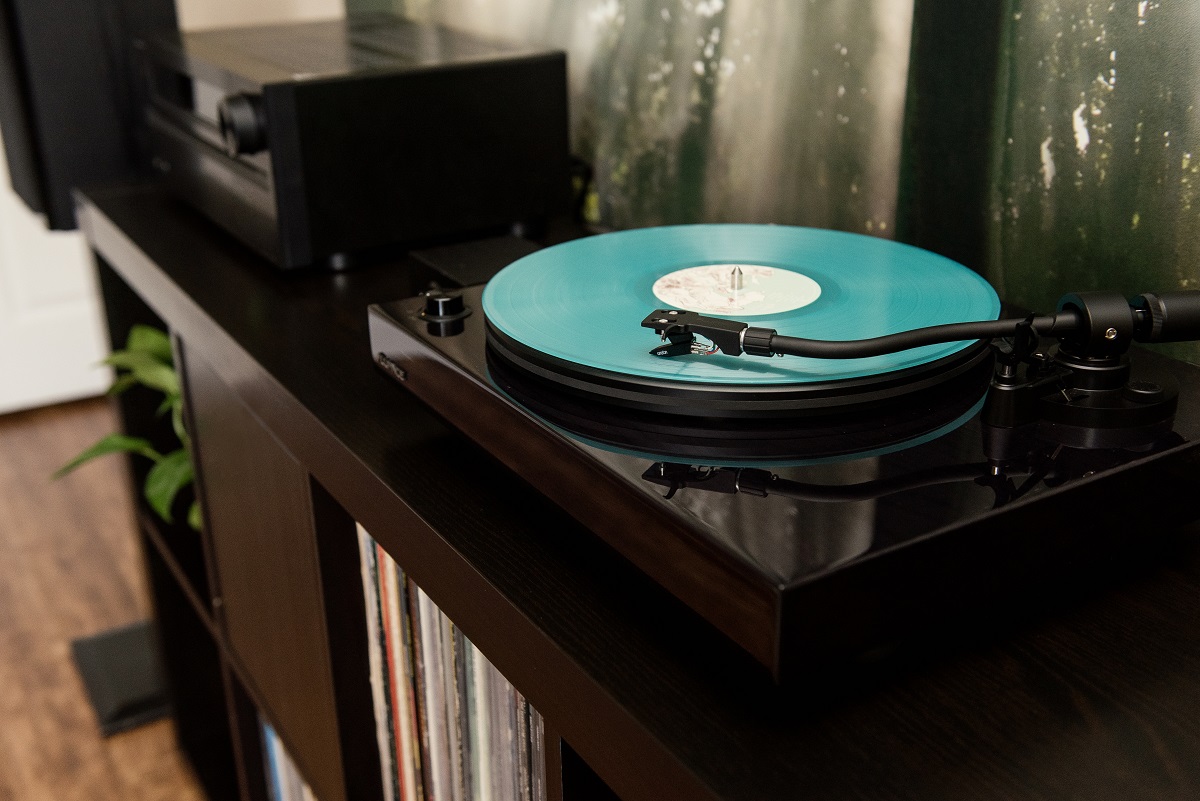 Auto stop, also known as auto shut off, uses a system to halt the record from spinning once it has finished playing, rather than continuing to wear at the stylus. The stylus remains in the blank lock groove at the end of the LP. Not to be confused with an auto-return, which means the record would stop spinning and the tonearm would raise and revert to its starting position.

There are aspects of the modern turntable worth considering before making a purchase. A preference for whether the auto stop is a feature you want to be included is certainly one of them. Although home music systems have gone through stages of cassettes, compact discs, and MP3’s, there is still a particular fondness many true audiophiles have for the traditional vinyl LP format. Technology has changed the nature of high-end turntables as they are expected to sound and function on par if not better than other formats.

A commonly asked question by audiophiles, especially people new to the hobby who haven’t formed a specific opinion about turntable features they like or dislike, is whether auto shut stop is standard or if it’s considered a high-end feature. The answer isn’t as simple as it might seem. An auto-stop is a feature that isn’t included with every turntable on the market, so it doesn’t really qualify as being “standard,” but it isn’t considered uncommon either.

Generally speaking, an automatic turntable is going to be more expensive than a manual turntable of equal quality, because of the extra mechanics that go into the design and build of the component. There are occasional exceptions depending on brands, but usually, if two turntables are priced comparable to each other, one with auto stop and the other manual, the convenience of an auto-stop function might make it a better choice for most.

Advantages of Auto Stop without Being Fully Automatic

Having an auto stop can provide you with a great middle-ground between both worlds (fully manual or a fully automatic turntable). For the most part, it’s a matter of personal preference and needs. Someone who sits in front of the sound system and actively listens to music might enjoy the act of physically starting and stopping each record with a manual turntable, whereas someone who doesn’t have steady hands might find the fully automatic style more useful. Someone who enjoys background music while doing other things might find the auto-stop function most useful.

The automatic features can be a convenience some people find well worth, others prefer the traditional feeling of actively working the turntable. The key is to learn more and consider what may be right for you, the type of person you are at home, and the environment you are listening in. These factors will help determine if the auto stop is a beneficial feature you will need as part of your home audio setup, while not compromising audio excellence.