Home » What Does Each Channel in a Surround Sound System Do? 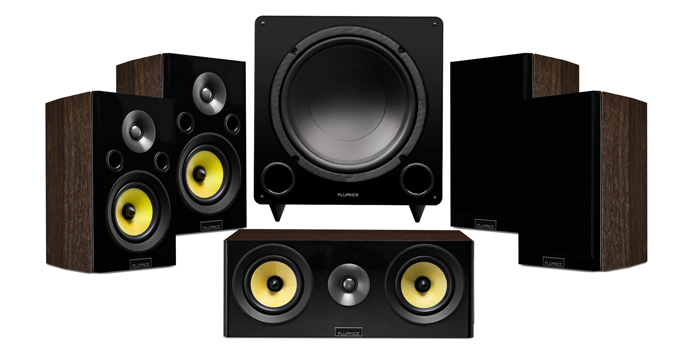 Shopping for a surround sound home theater system can be a tricky proposition, as oftentimes you’re confronted with reams of paper that make up technical specifications sheet that read like, well, stereo instructions.

But terms like “5.1” and “7.1” aren’t meaningless marketing gibberish – they’re actually very important to know so that you understand exactly what you’re getting. Making an effort to learn what each channel in a surround sound system does is the key to understanding why so many people are willing to invest in a quality surround sound system for their homes. It’s also, thankfully, a lot easier to understand than you might think.

Before you can get a better understanding of what each channel in a surround sound system actually does, you must first acknowledge what they’re all working together to create. For the sake of argument, let’s talk about a standard 5.1 surround sound system – meaning that there are five separate speakers (with the .1 channel going to the subwoofer). Three speakers are positioned in front of you – front left, front right and front center. Two are behind you – rear right and rear left. They’re all aimed directly at where you’re sitting, creating an invisible box of sound affectionately referred to as the “sound field.”

This sound field – that is, the 360 degree field of sound taking place around the listener at all times – is ultimately the subtle yet important difference between a home theater system and the speakers that come built into your television set. If you had to boil it all down to a single word, that word would undoubtedly be “immersion.”

If you’re watching your favorite movie and you only want to be able to hear what’s going on, the speakers built into your TV will do just fine. You can still literally hear the words that are coming out of the mouths of actors, you can still differentiate between normal speaking voices and an explosion, etc.

As a way of simply conveying information through sound, the (usually two) speakers that are built into your set are more than fine.

If you really want to feel like you’re in the room with those actors, however, you need a surround sound system. If you want to feel like that explosion is taking place all around you, you can’t get that with built-in speakers. If you want to be immersed in the content that you’re watching – often to the point where you forget you’re watching something at all – only multiple channels working together on separate but important goals is enough to get the job done.

This is the type of immersion that so many people are willing to pay a premium for – it doesn’t just let you watch films and television shows or play video games. It makes the experience of enjoying that content immeasurably better.

A Surround Sound System: Breaking It Down

Each of the individual speakers in a surround sound system is essentially responsible for handling the same type of audio in a different way. Depending on where an actor is standing on screen when they deliver a line, the emphasis will be placed on a different channel.

The sound will literally be coming from essentially the same “origin” point as the content you’re watching, adding an additional layer of realism that wasn’t there before.

Say you’re watching a movie and an actor is standing right in the center of the screen while they deliver a line. Though sound will be coming out of the three front speakers because the actor is “in front of you,” the emphasis will usually be placed on that “front center” channel. Pretend that the perspective of the camera is YOUR POV – this is how this actor would sound if they were standing in the room with you.

But if that actor walks “behind” the camera and keeps talking, the sound would usually shift to the rear channels. Hearing this happen in real-time is quite an experience – it literally sounds like that actor has walked past you while they were talking.

This is that incredibly realistic, immersive experience that you can’t get in any other way. Interactive content like video games are the same way, with many game developers building the sound field into the architecture of the game. In a first person shooter, the camera is LITERALLY your POV – meaning that you’re seeing things through the eyes of the character you’re playing as. Did you just hear footsteps come from the rear right channel?

Turn that character around and look in that direction – someone may just be trying to sneak up behind you and take you out.
As stated, the “.1” channel is the subwoofer. It’s responsible for those low level, deep bass tones that you are supposed to forget exist at all… until an explosion happens and it feels like your whole house is coming down around you.

In many ways, the channels in a surround sound system are about more than just making sure you’re inundated with sound. They’re giving you the ability to guarantee that sound is coming from the right direction based on the content you’re watching or playing. Remember that the number to the left of the decimal point will always specify how many individual speakers you’re talking about. 7.1 systems add two more speakers that a 5.1 system lacks – a “side right” and a “side left.”

That .1 will always denote the number of subwoofers that will drive your neighbors crazy.

But regardless of the size of the surround sound system you’re talking about, the channels all work together to create the type of rich, realistic and all-around immersive experience that you just can’t put a price on. 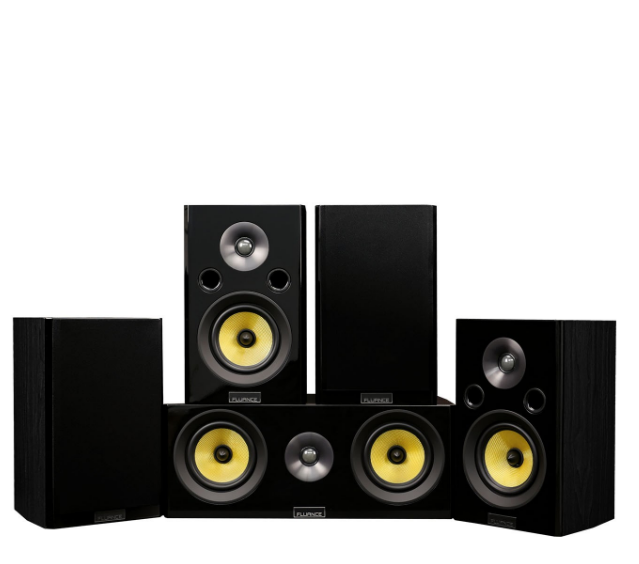 With a focus on sound excellence, every detail has been measured, tested, and perfected to recreate even the finest audio details with crystal clear accuracy.

What is 180 Gram Vinyl, and Is It Better?
What is the Difference between a LP and EP?
How to Set the Phase and Crossover Frequency on Your Subwoofer
Home Theater Speaker Wiring Tips, Diagram and Guide for 5.1 or 7.1 Hom...
Direct Drive vs Belt Drive Turntable- Which is Better For Turntables?
5.1 & 7.1 Surround Sound Speaker System Setup & Placement Gu...